Income Tax Recruitment 2021: The aspirants who are looking for the Latest Central Govt Jobs can utilize this wonderful opportunity. Income Tax Department has released an employment notification of the Income Tax Recruitment 2021 on its official website https://www.incometaxmumbai.in/. Through this latest Income Tax Department recruitment, Offline Applications are invited from eligible and desirous candidates for fill up 28 vacancies for the posts of Inspector of Income Tax, Tax Assistant, Multi-Tasking Staff (MTS) Posts. Aspirants who are serious about their career and if you want to make a career in Income Tax Department can apply directly from the link provided below. The applicants are advised to apply well in advance to avoid rush during closing dates. 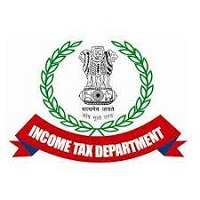 Job Location All Over India

Appointment can be made of a sportsperson considered meritorious with reference to the following criteria:-

Note: The merit of sportspersons, who fulfill the aforesaid eligibility conditions, shall be considered/decided in the order of preference given above. Further, priority would be given to current players i.e. who have represented in international and national level in the last three years in tournaments of the recognized sports federation.

Evidence in support of merit in sports events/games Only certificates awarded by the authorities mentioned hereunder will be taken into account as evidence in support of having participated in competitions in any of the above Sports events/Games while considering eligibility of the applicant. A candidate who cannot produce selfattested copies of at least one certificate issued by one of the authorities mentioned here under along with application need not apply.

Secretary of the National Federation of the game concerned.

Dean of Sports or other Officer in overall charge of Sports of the University concerned.

Director of Additional/Joint or Deputy Director in overall charge of Sports/games for schools in the Directorate of Public Instructions/Education of the State.

Secretary or other Officer in overall charge of Physical Efficiency in the Ministry of Education and Social Welfare, Government of India.

List of preferred games/sports for which the applications are invited: –

How To Apply For Latest Income Tax Recruitment 2021?

Also, Clearly write on the envelope: