Travancore Devaswom Board Recruitment 2021: Travancore Devaswom Board is an autonomous body constituted under the Travancore Cochin Hindu Religious Institutions Act XV of 1950. It is entrusted with the task of administrating 1248 temples in the erstwhile princely state of Travancore comprised in the State of Kerala which were earlier administrated by the ruler of Travancore prior to the integration of the Princely states of Travancore and Cochin in 1949. The constitution of the Board was based on the Covenant entered in to by the Maharaja of Travancore in May 1949 and concurred and guaranteed by the Government of India. The Board comprises of President and two Members. One member shall be nominated by the Hindus among the council of Ministers and the other member shall be elected by the Hindus among the Members of the Legislative Assembly of the State of Kerala. The term of the President and Members is for a period of three years. It has a Secretariat and its Headquarters is at Nanthancode, Thiruvananthapuram. 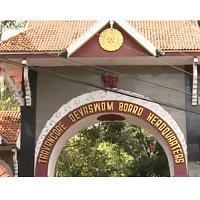 No of Vacancies Not Mentioned 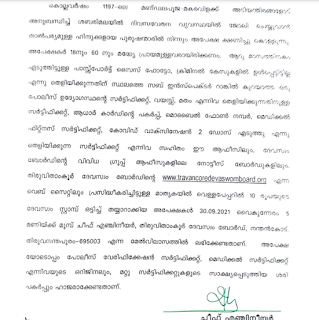