Jayalakshmi Silks Jobs Vacancies 2021:It all began in the year 1947 When the first store was opened by late Mr. Narasimha Kamath on Cloth Bazaar Road, Cochin (adjacent to Broadway) namely Jayalakshmi Stores. The store was a mere 200 Sq.ft. Then with a lot of determination and hard work of Mr. Narayana Kamath, Mr. Govind Kamath and Mr. Satish Kamath (Sons of late Mr. Narasimha Kamath) in 1997 our current store was opened in Cochin on MG. Road namely Jayalakshmi (near to Shenoys junction).Ever Since, Jayalakshmi has been part and parcel of the growth story that the city has witnessed. It has been the trendsetter in Cochin's fashion with its signature style in silks. Frequented by discerning shoppers, Jayalakshmi has set new standards in retailing. 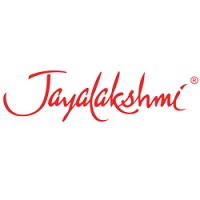 In 2009, Jayalakshmi chalked out extensive expansion plans. As part of this, our first branch was opened in Calicut on 20th December 2010 on Kallai Road Calicut. Then the second branch was opened in Trivandrum on 05th August 2011 and the third branch was opened in Thrissur on 11th May 2012. Today, the brand is well known across Kerala with four outlets with each outlets averaging around 50000 Sq.ft and most important factor being ample parking space bringing a relief in crowded cities.